I’m not heeding my own advice. I’m still reading several books at once. That’s what happens when I’ve suddenly landed on several enjoyable books. 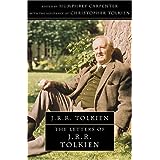 The Letters of J.R.R. Tolkien, edited by Humphry Carpenter (and Christopher Tolkien).Who would have thought someone’s letters could be so fascinating? Granted, most of the personal details that wouldn’t interest anyone but immediate family and friends have been edited out, but still. There’s something about the image of Tolkien sitting in his Oxford study writing drafts of letters (a draft hand-written letter! such a thing had never occurred to me!) and then writing final copies in ink. And he’s probably wearing a three-piece tweed suit, smoking a pipe, and drinking tea all the while. Wonderful!

It’s not just the setting in my imagination that makes them interesting, however. The letters include discussion of the development of the sequel to The Hobbit as well as the characters of his already developed mythology.

And he writes with such skill! These letters are not just dashed off, but are clearly written with much care and attention to form and content. The book puts me in the mood to write a hand-written (with a fountain pen!) letter to someone. (Who wants one?) 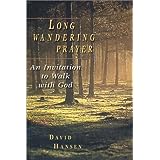 Long Wandering Prayer: An Invitation to Walk with God, David Hansen. This is perhaps the most refreshing and honest discussion of prayer I have read (not that my reading in this area has been extensive). It caught my attention because the title implied the sort of prayer that seems to fit me best, but there is much more to the book than simply walking and praying. There’s nothing sentimental here, just raw thoughts and advice and opinions on prayer. 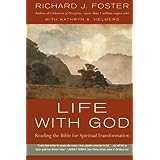 Life with God: Reading the Bible for Spiritual Transformation, Richard Foster. Not bad so far, though perhaps not quite what I had hoped for expected. That might change. I continue to find Foster’s prose rather dry, making it difficult to read the book with much enthusiasm (I never did finish his most famous book, Celebration of Discipline for this reason). This is unfortunate, because Foster seems have been quite influential in terms of the “spirituality” of the evangelical church.

A Short History of Nearly Everything, Bill Bryson. This is my second time through this book. Fascinating, informative, well written, and hilarious as usual. A lay-person’s book about science and origins.

4 thoughts on “Reading (and not heeding my own advice)”